I don’t want to take meds for my ADHD, it kills my creativity. I saw the opposite with my son Aidan (17). Who when finally able to sit and concentrate long enough produced beautiful works of art.

Here, I thought, is evidence that belief is incorrect.

Which brings us to this summer. At the suggestion of his Dr., we elected to take my son Connor (14) off his ADHD meds for the summer.

He was behind in both height and weight. We hoped without the appetite suppression of the ADHD meds he might eat better and catch up.

That is in fact what happened, he grew 2 1/4 inches and has a more solid frame.

That’s not all, we saw a side of Connor we hadn’t seen before.

His smile was brighter and more often, he had a razor sharp whit that seemed to come out of no where.

Then a few days ago I encouraged him to start taking his meds again in preparation for the start of the school year.

I kid you not, it was like Invasion of the Body Snatchers.

His sparkle died, his affect flattened, his attitude was more, “Meh” and the humor stopped.

My wife and I noticed this concern with one another.

Connor has always been shy so we attributed his being quiet and more withdrawn in general to his shyness. He has been on his meds for years and usually through the summer (his choice) so the quiet Connor is the one we knew.

I can’t recall how many times we laughed out loud this summer at something he said. Encouraging him to allow his peers to see this amazing side of him.

Only for him to resume his meds and essentially lock that part of himself away.

We had a talk with Connor and shared our observations, as well as our concerns. Connor said even though he understood our concerns, he thought the increased ability to focus at school was important.

On weekends he’d skip his meds so he could be more himself.

Who wins in this scenario?

The teachers get a quiet, studious kid who isn’t “disruptive”. A kid whose creativity and unique perspective on the world isn’t in that classroom.

Sure, Connor can pay better attention in class. He still forgets to write down his assignments and forgets instructions. A work in progress.

I’m afraid he’s learning to become an accomplished, people pleasing drone. Instead of a child filled with the possibilities granted to him by an imagination on hiatus during the school year.

It breaks my heart and I’m still struggling with it.

Every child is clearly different. Aidan thrives on the meds and they’re an essential tool in his toolbox.

For Connor it seems he’s paying a high price for focus, the price may be the opportunity to express himself fully.

There is another way, I’m sure of it and I will find it. 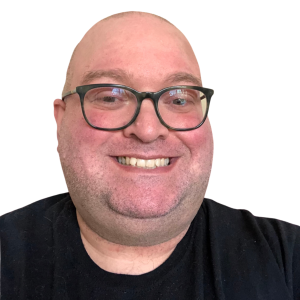 Some great ideas for you

Listen to this post … It isn’t necessarily useful to be so attached to beliefs you currently believe most accurate. The universe is inherently playful and will usually challenge them regularly. I’ve learned over the years to share my thoughts with a spirit of “would you like to try this on”? Understanding that the beliefs you hold are

When “I don’t know”, is your kid’s favorite answer

Listen to this post … “Why did you do that?” “I don’t know!” If you are raising a neurodiverse kid this is a familiar exchange. Few parents know where to go from here. Fortunately, I do. Einstein said, “It’s not that I’m smart, it’s just that I stay with problems longer.” Introspection doesn’t come naturally to the neurodivergent, especially when

Can a single criticism crush you?

Listen to this post … Ever felt criticized for saying something in the wrong “tone”? In your mind you knew it wasn’t a big deal. A misunderstanding, easy enough to correct. But seemingly out of nowhere you find yourself sobbing and feeling worthless. It’s like that one criticism reminded you of how it felt every time you

A skill your neurodiverse child must have

As the mother of a Neurodiverse child, one skill you want your child to have is proactivity. It’s difficult to teach if your child struggles with task initiation, future thinking, anxiety. Here’s the gremlin to focus on to help remove the psychological barriers to taking charge of their life. Common statements like: “I forgot”“You didn’t tell me to”“You didn’t

How do you feel about change?

Listen to this post … One assumption many parents and professionals make is that people with Neurodiversity aren’t motivated to improve their lives. It isn’t that they don’t want to change, they may not believe they’re able to change. They often have difficulty finishing what they start or getting started at all. Struggle with creating

Thoughts on setting boundaries and sticking to them

When learning to set boundaries it can feel uncomfortable to do. Like breaking in a pair of new shoes. You have to walk around in them for a while before they feel natural.You may even feel like you’re being mean to others you’re setting boundaries with. Especially because many of them will say so.It’s important